While developed countries still attract the largest volume of FDI inflows, developing countries possess the highest growth rate in drawing a significant volume of investment into their economy. 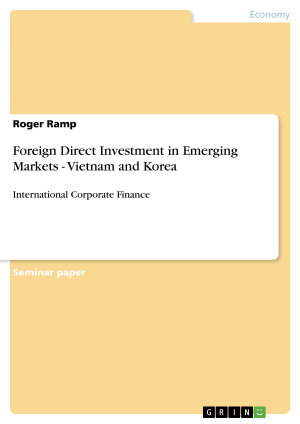 Seminar paper from the year 2009 in the subject Business economics - Investment and Finance, grade: 1,3, Berlin School of Economics (Hochschule für Wirtschaft und Recht (HWR) Berlin), course: International Corporate Finance, language: English, abstract: Foreign direct investment (FDI) is found almost everywhere in the world today and closely connected to worldwide globalization. Why do enterprises which are suc-cessfully operating in their home market decide on making investments in unknown and more insecure markets? Why do investment destinations have an interest in admitting foreign investors into the economy? Considering that FDI has grown in importance in the global economy in the last decades, obviously there has to be significant advantages for both sides. The World Investment Report (WIR) of UNCTAD reports in their recent publication (2008) high records in FDI flows in the world (UNCTAD 2008a). While developed countries still attract the largest volume of FDI inflows, developing countries possess the highest growth rate in drawing a significant volume of investment into their economy. Transforming and emerging markets in South, East and Southeast Asia particularly showed rapid development of generated inflows and their economies are prospering. China is a famous exam-ple. In our paper, we would like to introduce a not so well-known little tiger – Vietnam – and South Korea, which is after impressive growth in the last decades due to FDI now on its way to becoming an industrialized country. First we will give a short theoretical overview of FDI. We will not analyze all global flows and development of FDI. Our focus lies in the development and framework of FDI in both above-mentioned countries and answering the question which impact did FDI have on their economic development. Therefore follows an especially economical introduction of both countries and then a deeper look into sectors of FDI. We will give a short classification of development in Vietnam and in South Korea in comparison to global trends. In the final part of our paper, we will go into risks and weaknesses of both countries. At the end, we will give our conclusion concerning the impact of FDI on the two reviewed countries. 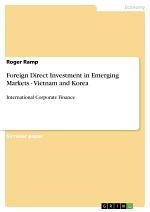 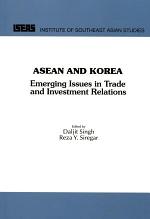 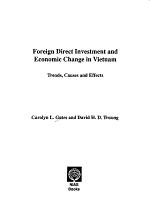 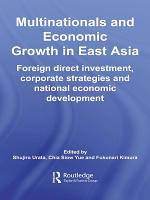