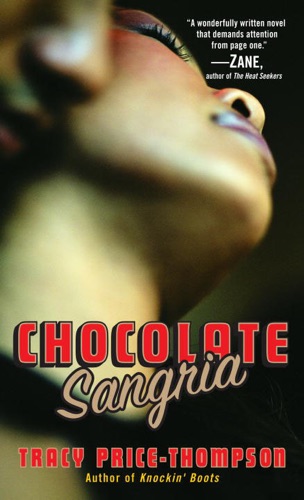 Juanita Lucas is a young woman living in a housing project in Brooklyn. Although she has a very light complexion, she is proud of her blackness, even as she takes a beating from the very sistahs she tries so hard to emulate. Her only friend, Scooter Morrison, is an upwardly mobile brother who also happens to be young, gifted, and gay. Then a chance encounter with two fine Puerto Rican men changes Juanita’s and Scooter’s lives in ways they could never have imagined. There is Conan, a hardworking man who wrestles with both his love for Juanita and his guilt over his brother’s death; and Jorge, an unscrupulous bad-boy thug who has no problem using what he’s got to get what he wants, until he comes dangerously close to getting scorched by his own flames.

Fast-paced, suspenseful, and unpredictable, Chocolate Sangria explores the hearts of two lovers who get caught in the great cultural divide—
and the devastating consequences of keeping secrets, telling lies, and betraying those you love.