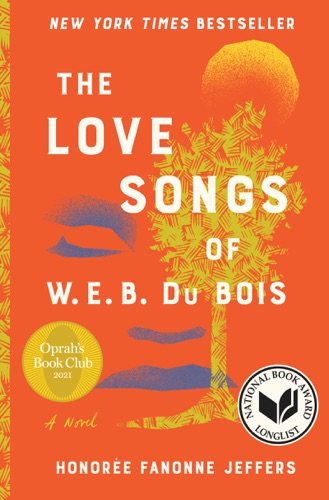 INSTANT NEW YORK TIMES BESTSELLER AN OPRAH BOOK CLUB SELECTION LONGLISTED FOR THE NATIONAL BOOK AWARD FOR FICTION • A FINALIST FOR THE KIRKUS PRIZE FOR FICTION • SHORTLISTED FOR THE CENTER FOR FICTION FIRST NOVEL PRIZE • LONGLISTED FOR THE ASPEN WORDS LITERARY PRIZE A New York Times Notable Book of the Year • A Washington Post 10 Best Books of the Year • A Oprah Daily Top 20 Books of the Year • A BookPage Best Fiction Book of the Year • A Booklist 10 Best First Novels of the Year • A Kirkus 100 Best Novels of the Year • A Parade Pick • A Chicago Public Library Top 10 Best Books of the Year An Instant Washington Post, USA Today, and Indie Bestseller "Epic…. I was just enraptured by the lineage and the story of this modern African-American family…. A combination of historical and modern story—I’ve never read anything quite like it. It just consumed me." —Oprah Winfrey, Oprah Book Club Pick An Indie Next Pick • A New York Times Book Everyone Will Be Talking About • A People 5 Best Books of the Summer • A Good Morning America 15 Summer Book Club Picks • An Essence Best Book of the Summer • A Time 11 Best Books of the Month • A Washington Post 10 Books of the Month • A CNN Best Book of the Month • A Ms. Most Anticipated Book of the Year • A Goodreads Most Anticipated Book of the Year • A BookPage Writer to Watch • A USA Today Book Not to Miss • A Chicago Tribune Summer Must-Read • An Observer Best Summer Book • A Millions Most Anticipated Book • A Ms. Book of the Month • A Well-Read Black Girl Book Club Pick • A BiblioLifestyle Most Anticipated Literary Book of the Summer • A Deep South Best Book of the Summer • Winner of an AudioFile Earphones Award  The 2020 NAACP Image Award-winning poet makes her fiction debut with this National Book Award-longlisted, magisterial epic—an intimate yet sweeping novel with all the luminescence and force of Homegoing; Sing, Unburied, Sing; and The Water Dancer—that chronicles the journey of one American family, from the centuries of the colonial slave trade through the Civil War to our own tumultuous era.  The great scholar, W. E. B. Du Bois, once wrote about the Problem of race in America, and what he called “Double Consciousness,” a sensitivity that every African American possesses in order to survive. Since childhood, Ailey Pearl Garfield has understood Du Bois’s words all too well. Bearing the names of two formidable Black Americans—the revered choreographer Alvin Ailey and her great grandmother Pearl, the descendant of enslaved Georgians and tenant farmers—Ailey carries Du Bois’s Problem on her shoulders. Ailey is reared in the north in the City but spends summers in the small Georgia town of Chicasetta, where her mother’s family has lived since their ancestors arrived from Africa in bondage. From an early age, Ailey fights a battle for belonging that’s made all the more difficult by a hovering trauma, as well as the whispers of women—her mother, Belle, her sister, Lydia, and a maternal line reaching back two centuries—that urge Ailey to succeed in their stead. To come to terms with her own identity, Ailey embarks on a journey through her family’s past, uncovering the shocking tales of generations of ancestors—Indigenous, Black, and white—in the deep South. In doing so Ailey must learn to embrace her full heritage, a legacy of oppression and resistance, bondage and independence, cruelty and resilience that is the story—and the song—of America itself.